The Infosys Prize endeavors to elevate the prestige of science and research in India and inspire young Indians to choose a vocation in research.

The Infosys Prize endeavors to elevate the prestige of science and research in India and inspire young Indians to choose a vocation in research.

Each prize carries a prize of a gold medal, a citation and a purse of USD 100,000 (or its equivalent in Rupees). The prize purse is tax free in the hands of winners in India.

The award intends to celebrate success in research and stand as a marker of excellence in these fields. A jury, comprising eminent leaders in each of these fields, evaluates the achievements of the nominees against the standards of international research, placing the winners on par with the finest researchers in the world.

The Infosys Prize endeavors to elevate scientific research in India and inspire young Indians and budding scientists to choose research as their vocation.

The Infosys Prize Medal is a solid gold medallion, made of 22 KT gold and weighs 55 grams. The medal has the name of the laureate and the category in which they have won the prize inscribed on one side and the name of the prize on the other. 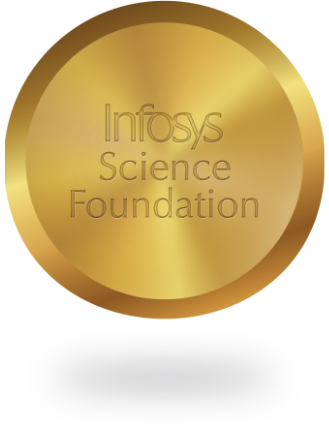 The jury shortlists the final top three nominees in each category

The laureates are awarded at the ceremony with a gold medal, citation certificate and Rs. 65 lakh prize purse

Invited nominators can submit their nominations online and via email

The window to submit nominations for the Infosys Prize closes