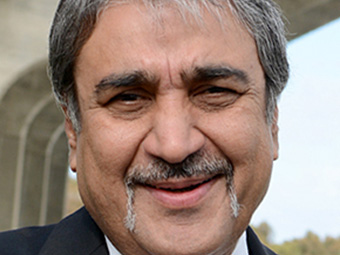 He has received several awards, including the ASEE George Westinghouse Award for Education (1999), Silicon India Leadership award for Excellence in Academics and Technology (2000), the W. Wallace McDowell award from IEEE Computer Society (2001), Cyber Education Award from the Business Software Alliance (2007), the ASME Computers in Engineering Lifetime Achievement Award (2009), and the inaugural Pan IIT American Leadership Award for Academic Excellence (2009). He was awarded the Philip and Marsha Dowd Professorship in 1998 at the Carnegie Mellon University, Pittsburgh, USA.

In 2012, Khosla was named as one of the 50 most influential Indian-Americans by Silicon India.