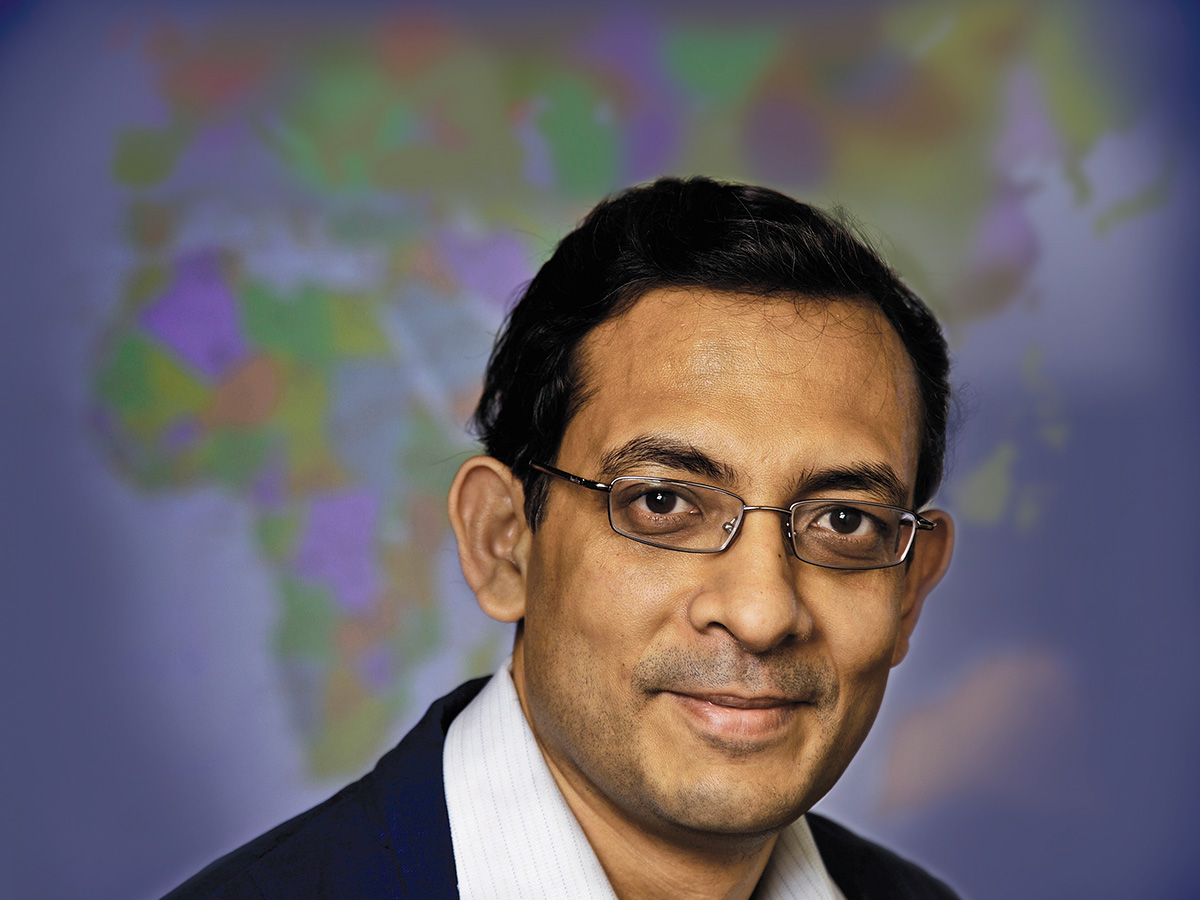 The Infosys Prize in Social Sciences – Economics goes to Professor Abhijit Banerjee in recognition of his outstanding contributions to the economic theory of development, and for his pioneering work in the empirical evaluation of public policy.

Analyzing the economics of poverty alleviation

Professor Abhijit Banerjee is widely regarded as one of the best economists in the world. He is exceptional for combining brilliant theoretical skills with a passion for field work done in India. He is also known for his rigorous analysis of empirical findings and for working out the implications of these findings for policy making in India. Banerjee started out primarily as a theoretical economist, and his papers in top journals (particularly on herd behavior in financial markets, on the economics of rumors, and on occupational choice in the process of development when credit markets leave out many of the poor) became landmarks in the theory of financial markets and in the theory of growth and development. While these works were informed by his knowledge of the Indian economy, in more recent years, Banerjee has been doing detailed empirical work of exceptional reach in India.

He has addressed issues such as the productivity effects of land reforms and the historical legacy of land tenure systems, the effects of inequality of control rights in sugar cooperatives in Maharashtra, reputational effects in the Indian software industry, performance of Indian banks, and capital allocation in the knitted garment industry in Tirupur. He has also done ground-breaking work in the evaluation of the delivery of health and education services to the poor in different parts of India.

Professor Abhijit Vinayak Banerjee was educated at the University of Calcutta, where he pursued his Bachelor of Science degree, and he completed his Master of Arts at Jawaharlal Nehru University in 1983. He then studied at Harvard University, where he received his Ph.D. in 1988.

He is a past president of the Bureau for Research in the Economic Analysis of Development, a Research Associate of the National Bureau of Economic Research, a Center for Economic and Policy Research Fellow, an International Research Fellow of the Kiel Institute, a Fellow of the American Academy of Arts and Sciences and the Econometric Society, a Guggenheim Fellow and an Alfred P. Sloan Fellow. In 2003, he founded the Abdul Latif Jameel Poverty Action Lab along with Esther Duflo and Sendhil Mullainathan, and remains one of the directors of the lab.

He is currently the Ford Foundation International Professor of Economics at the Massachusetts Institute of Technology. His areas of research are development economics and economic theory.

Establishes J-PAL along with Esther Duflo and Sendhil Mullainathan

Elected Fellow of the American Academy of Arts and Sciences

Co-authors Poor Economics: A Radical Rethinking of the Way to Fight Global Poverty

Professor Abhijit Banerjee has long been recognized for his outstanding contributions to the economic theory of development, and for his pioneering work in the empirical evaluation of public policy. In widely-cited contributions to the former, Banerjee has presented his novel departures in the understanding of herd behavior in financial markets, and also his analysis of occupational distribution in conditions when the poor find it difficult to raise credit. The latter includes his approach to the assessment of anti-poverty programs (particularly in the delivery of health and education services), land reform, capital allocation and banking, and the distribution of public goods in India.

An early and major proponent of the method of random evaluation in development programs, he has influenced a whole generation of young development economists in reorienting their empirical methods. He is a rare and exemplary scholar, who combines his superb theoretical skills with painstaking field work in different parts of India.