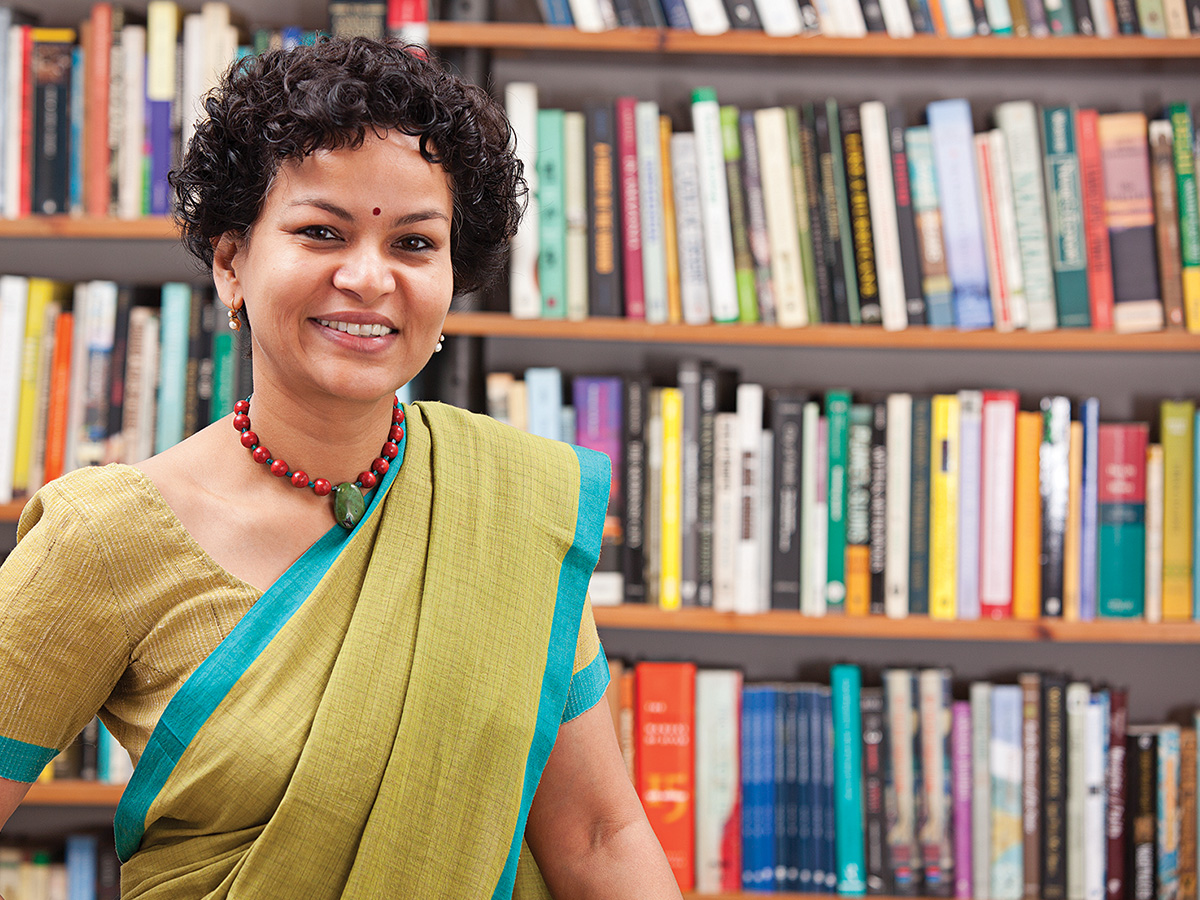 The Infosys Prize 2010 in Social Sciences - Sociology is awarded to Amita Baviskar in recognition of her contributions as an outstanding analyst of social and environmental movements in modern India.

Working for environmental and social justice

Throughout her scholarly career, Professor Amita Baviskar has shown an ability to combine empathy for the social movements around environment and development that have transformed Indian society and politics with a critical perspective on their dynamics and ideology. Professor Baviskar's work is notable for spanning both rural and urban transformations and actions across multiple scales ranging from the nation-state to the village and city slum. Her concept of 'cultural politics' deepens the conventional understanding of social action by showing how interests and ideologies are formed in the course of collective practice and how their complex interaction with dominant ideas and institutions often produces unintended effects. Her published books like In the Belly of the River: Tribal Conflicts over Development in the Narmada Valley; Waterscapes: The Cultural Politics of a Natural Resource; Contested Grounds: Essays on Nature, Culture and Power; and Elite and Everyman: The Cultural Politics of the Indian Middle Classes, and her forceful articles have had major impact on social scientists, activists and policy-makers in India and beyond, in part due to the original insights of her arguments but also due to her ability to address audiences across disciplinary boundaries. Her work meets the highest international standards in the study of social movements for justice, equity and participation, an area of inquiry in which India is perhaps the world's major sustained democratic experiment.

Professor Amita Baviskar received her Bachelor of Arts and Master of Arts degrees in Economics and Sociology respectively from the University of Delhi in 1986 and 1988. Professor Baviskar then obtained a Ph.D. in Development Sociology from Cornell University in 1992.

She is co-editor of India's flagship sociology journal Contributions to Indian Sociology along with Nandini Sundar. She is on the Boards of several academic journals and non-governmental organizations working on environmental and social justice issues.

She is currently an Associate Professor in the Sociology Unit of the Institute of Economic Growth in Delhi. She has held visiting positions at Yale, Stanford, Berkeley, the London School of Economics and Cornell. She has received numerous awards, including the 2008 VKRV Rao Prize for Social Science Research, the 2005 Malcolm Adiseshiah Award for distinguished contributions to Development Studies, the 2004 Srinivas Memorial Prize and the 1992 Beatrice Brown Award at Cornell University. She also won the 1988 Kunda Datar Gold Medal for standing first in Sociology at the University of Delhi and a National Talent Search Scholarship in 1981.

Appointed lecturer at Department of Sociology, Delhi School of Economics

Publishes In the Belly of the River: Tribal Conflicts over Development in the Narmada Valley

Appointed of the Forest Advisory Committee of the Ministry of Environment and Forests, Government of India

Appointed Head of Department for Environmental Studies at Ashoka University

Professor Amita Baviskar is widely recognized as the premier sociologist of social movements involving environment and development in contemporary India. This is a remarkable accomplishment in view of the fact that the mobilization of civil society beyond the boundaries of State and of routine party politics has had a bigger impact in India than in most major democracies. Professor Baviskar has brought the richest combination of comparative, theoretical and methodological skills to our understanding of the dynamics of these social phenomena. Her studies have shown how major government interventions for rural and urban development in India often adversely affect the ability of socially disadvantaged groups to secure access to natural resources, livelihoods and democratic rights. Her published work offers us a wonderful lens into understand the rich complexity of social movements that challenge dominant views of environment-society relations and that strive to create a more democratic, equitable and just society.