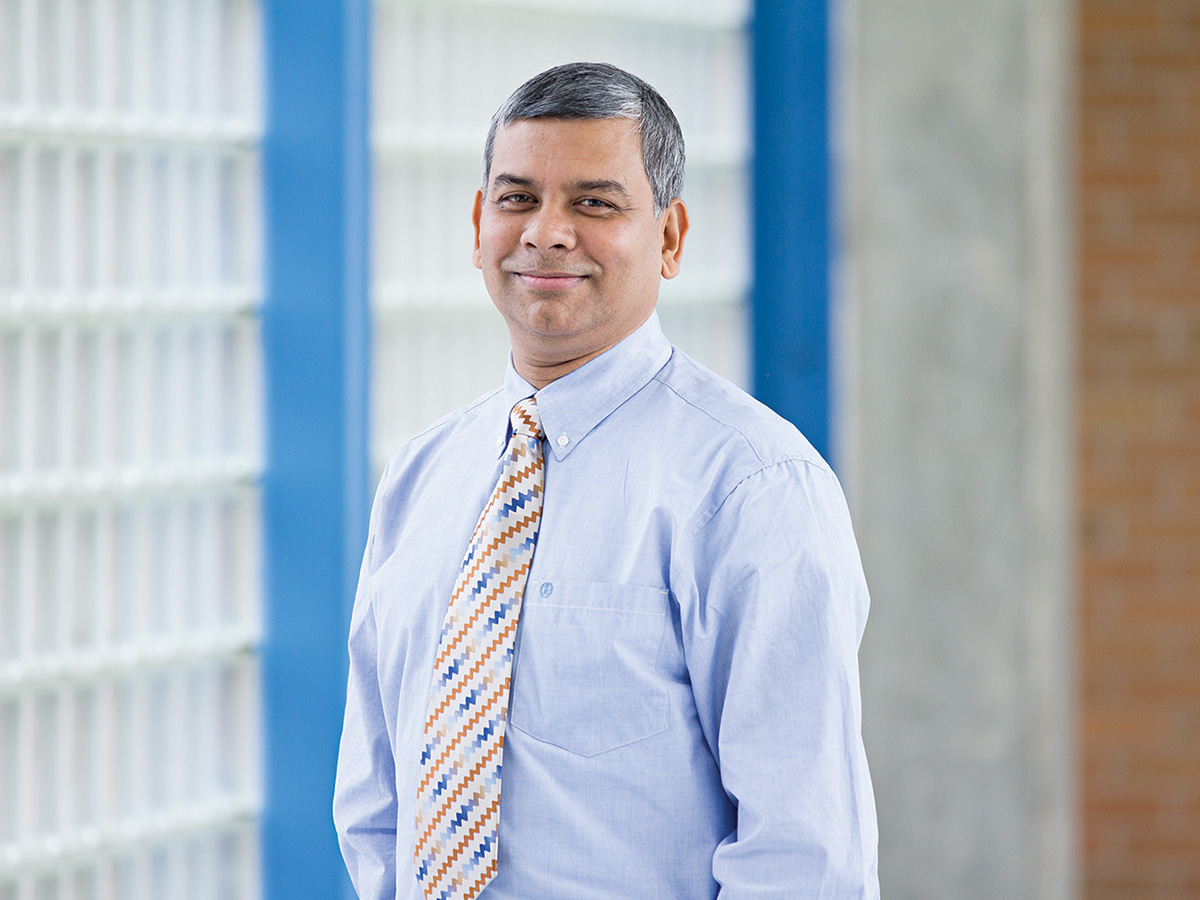 The Infosys Prize for Engineering and Computer Science is awarded to Professor Kalyanmoy Deb for his contributions to the emerging field of Evolutionary Multi-objective Optimization (EMO) that has led to advances in non-linear constraints, decision uncertainty, programming and numerical methods, computational efficiency of large-scale problems and optimization algorithms.

Resolving the problem of conflicting goals

Most problem-solving activities in the sciences, engineering, and commerce involve multiple conflicting goals that a solution must achieve. These problems are different from the usual single-objective optimization problems in that they give rise to a set of trade-off Pareto-optimal solutions that must first be searched before deciding on a single preferred solution. For the past 40 years, classical optimization methods used procedures that would find a single Pareto-optimal solution at a time, thereby leading to a computationally expensive proposition. Professor Deb's seminal work in 1995 used a population-based evolutionary optimization method and for the first time suggested a computationally efficient algorithm to find multiple Pareto-optimal solutions in a single simulation. His NSGA and subsequent 2002 algorithm (NSGA-II) integrated the mathematical partial ordering concept and the Karush-Kuhn-Tucker optimality conditions with an evolutionary algorithm framework. For the past decade, Deb’s NSGA-II implementation and its commercialization by a number of software companies enabled academic researchers and industrial practitioners to discover multiple trade-off solutions, and helped them to analyze the solutions before choosing a single one.

In 2003, Deb made a major contribution by suggesting the concept of innovization - a procedure to discover innovative solution principles through multi-criteria optimization. Since the pareto-optimal solutions are all optimal corresponding to different trade-offs among search objectives, Deb argued and demonstrated that these solutions must have some common principles that qualify them to be optimal. He then suggested a systematic data-mining procedure to unveil such valuable principles in many real-world design and other problem-solving tasks. The innovization procedure utilizes mathematical optimality conditions in its core and reveals valuable problem information such as, What problem properties make a solution optimal? Answers to such questions enabled designers to comprehend a deeper understanding of a problem than before.

In all these developments, Deb utilized an appropriate mix of mathematical optimality concepts and statistical tools and combined them with efficient computational algorithms.

A multi-criteria problem-solving task involves optimization and decision-making procedures together. Deb made lead attempts in suggesting combined algorithms that incorporate a decision-maker's (DM) preference information while the optimization is underway. This basically led to computationally efficient and interactive procedures, which, instead of finding the entire Pareto-optimal front, resulted in focusing on the DM's preferred solution regime quickly and accurately. Deb and others extended this concept by borrowing multi-criteria decision-making concepts to build efficient decision support systems for handling practical problems.

Deb has made several salient contributions in other areas in optimization as well. A number of his proposed algorithms have become standard practice within the evolutionary optimization community. His parameter-less constraint handling strategy suggested in 2000 is so far the simplest and most popular method for handling non-linear constraints. His optimization algorithm for handling real-valued parameters using probability-based search operators is routinely employed and has been adopted in commercial optimization software such as iSight, ModeFRONTIER, and VisualDoc.

Deb advocated the use of customized optimization procedures for real-world problem solving and demonstrated their need in solving large-scale mixed-integer programming problems which were difficult to solve by classical optimization methods. His development of a scalable customized genetic algorithm, for the first time, found a near-optimal solution of a million-variable integer linear-programming problem in a polynomial time complexity, marking this as one of the landmark applications of evolutionary optimization. Such problems could only be solved earlier up to a few thousand variables using classical means.

His recent in-depth study on “equivalence of algorithms” resulted in establishing algorithmic similarities between different optimization methods. This enabled researchers to not only compare and contrast different algorithms for optimization, but also to improve an algorithm's performance by borrowing key operations from another algorithm. This research by Deb is helping to unify and bring different optimization fields (classical, evolutionary and others) closer together.

Prof. Kalyanmoy Deb received his Bachelor's degree in Mechanical Engineering from IIT Kharagpur in 1985, and his PhD in Engineering from the University of Alabama. He was a Visiting Research Assistant Professor in the Department of General Engineering at the University of Illinois, Urbana Champaign between 1991 and 1992 and worked at the Illinois Genetic Algorithms Laboratory (IlliGAL). He later joined IIT Kanpur and established the Kanpur Genetic Algorithms Laboratory (KanGAL) there in 1997 where he was a professor in the Mechanical Engineering department. In 2013, he moved to the Michigan State University where he is now a Professor at three departments and also an endowed chair professor of the ECE department.

Prof. Deb holds an Adjunct Professor position at the Department of Information and Service Economy at Aalto University School of Economics, Helsinki, Finland. In addition, he is a Velux Foundation Guest Professor at the Technical University of Denmark.

He is the author of more than 280 research papers, two textbooks and 17 edited books. His 2001 book, Multi-Objective Optimization Using Evolutionary Algorithms, is the first ever compilation of multi-objective optimization algorithms.

Prof. Deb is the recipient of numerous awards, including the Outstanding Graduate Research Assistant award for two consecutive years at Alabama, the Shanti Swarup Bhatnagar Prize in Engineering Sciences in 2005, the Friedrich Wilhelm Bessel Research Award and Humboldt Fellowship from Alexander von Humboldt Foundation, Germany, the Distinguished Alumnus Award from his Alma mater IIT Kharagpur in 2011, Cajastur Mamdani Prize for Soft Computing from European Center for Soft Computing in 2011, and the Thomson Citation Laureate Award, an award given to an Indian Researcher for making the most highly cited research contribution during 1996-2005 in a particular discipline according to the ISI Web of Science.

Elected ASME Fellow of the American Society of Mechanical Engineers

Professor Kalyanmoy Deb has made fundamental contributions to the emerging field of Evolutionary Multi-objective Optimization (EMO) where his work has led to significant advances in the areas of non-linear constraints, decision uncertainty, programming and numerical methods, computational efficiency of large-scale problems and optimization algorithms. He has demonstrated how fundamental ideas of optimization and computing principles can be combined to devise efficient algorithms that are fast, accurate and scalable. His recent studies on handling challenging practical multi-criteria optimization problems make his research pragmatic and applicable to multiple disciplines. Deb's research addresses both fundamental and applied aspects of optimization, developed synergistic and computationally efficient algorithms, and demonstrates their usefulness in industries such as logistics and refineries. 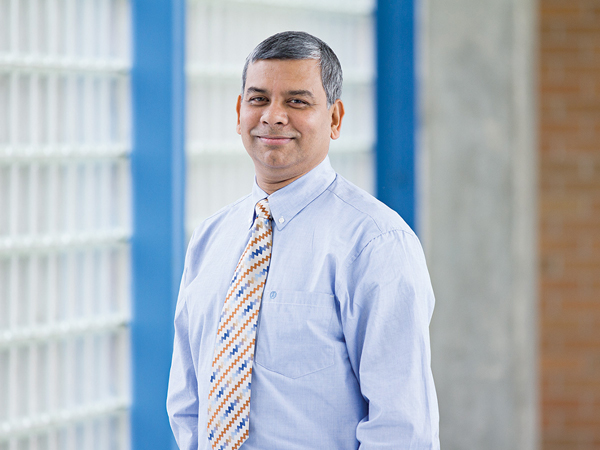 "I want to congratulate Kalyanmoy Deb for his work in multi-criteria optimization and genetic algorithms. This work has impacted industries in the area of logistics, refineries, and the list goes on and on. Congratulations Kalyanmoy."