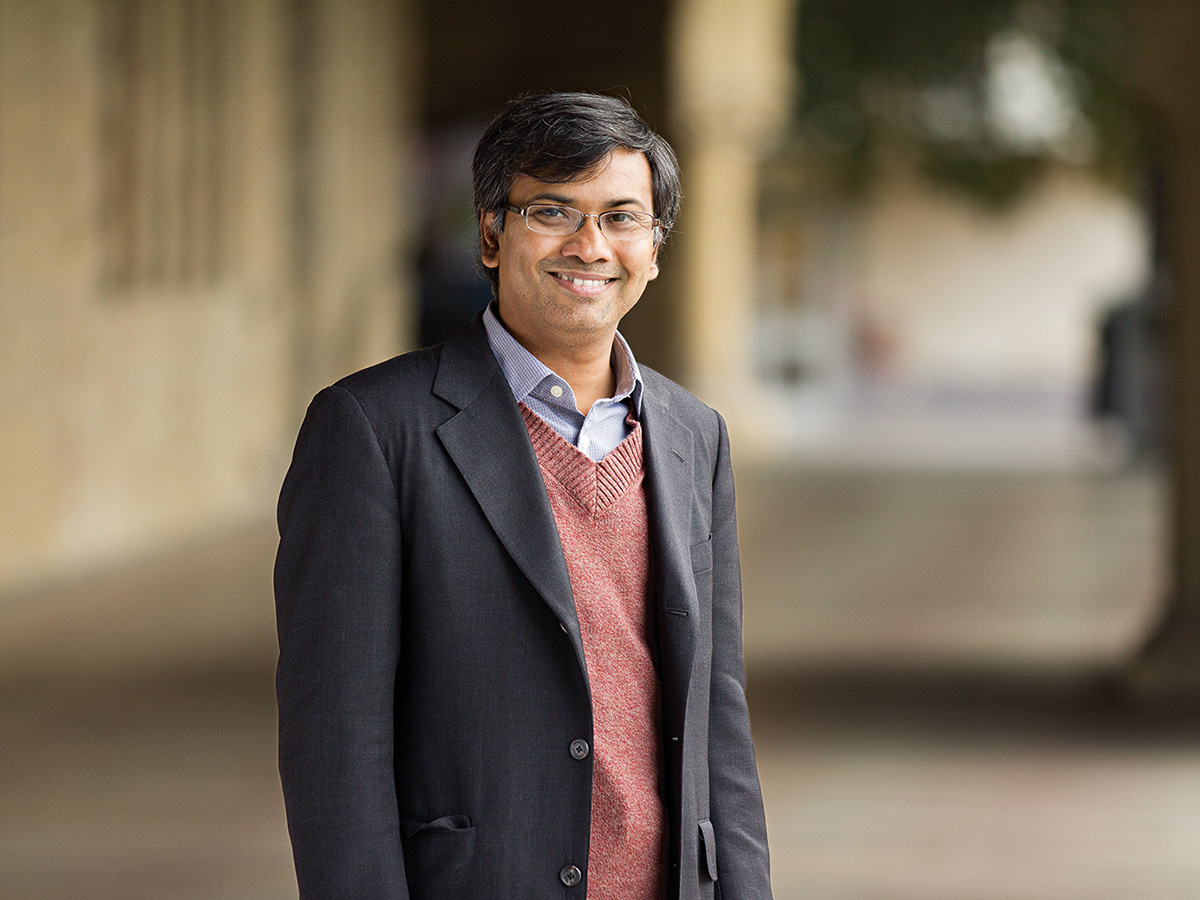 The Infosys Prize for Mathematical Sciences is awarded to Professor Kannan Soundararajan for his path breaking work in analytic number theory and development of new techniques to study critical values of general zeta functions to prove the Quantum Unique Ergodicity Conjecture for classical holomorphic forms.

Professor Soundararajan is a top analytic number theorist whose contributions to mathematics are in the great tradition of G.H. Hardy, John Littlewood and Srinivasa Ramanujan. His recent work brings out the beautiful connections between classical number theory and quantum physics.

The relationship between classical mechanics and their quantum analogs is a problem of great interest to both mathematicians and physicists. Classical systems can be chaotic but still have lots of periodic orbits. In their quantum versions the distribution of mass in high energy states, could in principle concentrate on either part.

These classical chaotic systems have number theoretic analogs. The Quantum Ergodicity Conjecture of Zeev Rudnick and Peter Sarnak asserts that in these contexts, the high energy states do not concentrate on the periodic orbits, but spread out evenly. The recent work of Soundararajan and Roman Holowinsky proves the fundamental cases of the conjecture. Their ingenious proof sidesteps the still unproven Generalized Riemann Hypothesis, establishing instead some carefully crafted consequences of the latter, which are shown to suffice for their application.

Before joining Stanford University in 2006, Professor Kannan Soundararajan was a faculty at the University of Michigan where he pursued his undergraduate studies. His main research interest is number theory, especially L-functions and multiplicative number theory.

Professor Soundararajan was awarded the inaugural Morgan Prize in 1995 for his work in analytic number theory. He got his PhD from Princeton University where he studied under the guidance of Professor Peter Sarnak. At Princeton, he also held the Sloan Foundation Fellowship.

He has held positions at Princeton University, the Institute of Advanced Study and the University of Michigan. He was awarded the Salem Prize in 2003 "for contributions to the area of Dirichlet L-functions and related character sums". In 2005, he won, along with Manjul Bhargava, the $10,000 SASTRA Ramanujan Prize for his contributions to number theory.

Wins the Infosys in Mathematical Sciences; and the Ostrowski Prize

Prof. Kannan Soundararajan has made fundamental contributions to analytic number theory. These include numerous brilliant breakthroughs in well known and difficult problems, as well as the resolution of some that have been open for a long time. In particular, his recent development of new unexpected techniques to study the critical values of general zeta functions has led to the proof of the Quantum Unique Ergodicity Conjecture for classical holomorphic modular forms. Many of the analytic and combinatorial tools that Soundararajan and his collaborators have developed, in works ranging from prime numbers and sieve methods to character sums and zeta functions, have become standard tools for researchers in these fields. 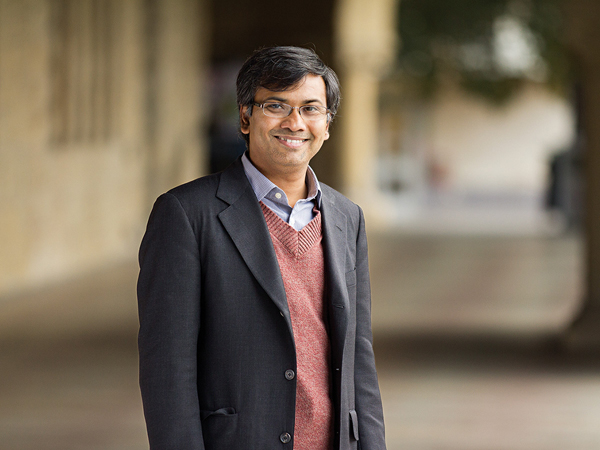 "Hello Soundararajan. I want to congratulate you. The Infosys Science Foundation has chosen you as this year's winner in Mathematics for their Infosys Prize. It's for your recent work on Quantum Chaos, and the related questions of Unique Ergodicity. It gives me personally great pleasure to take this opportunity to congratulate you."