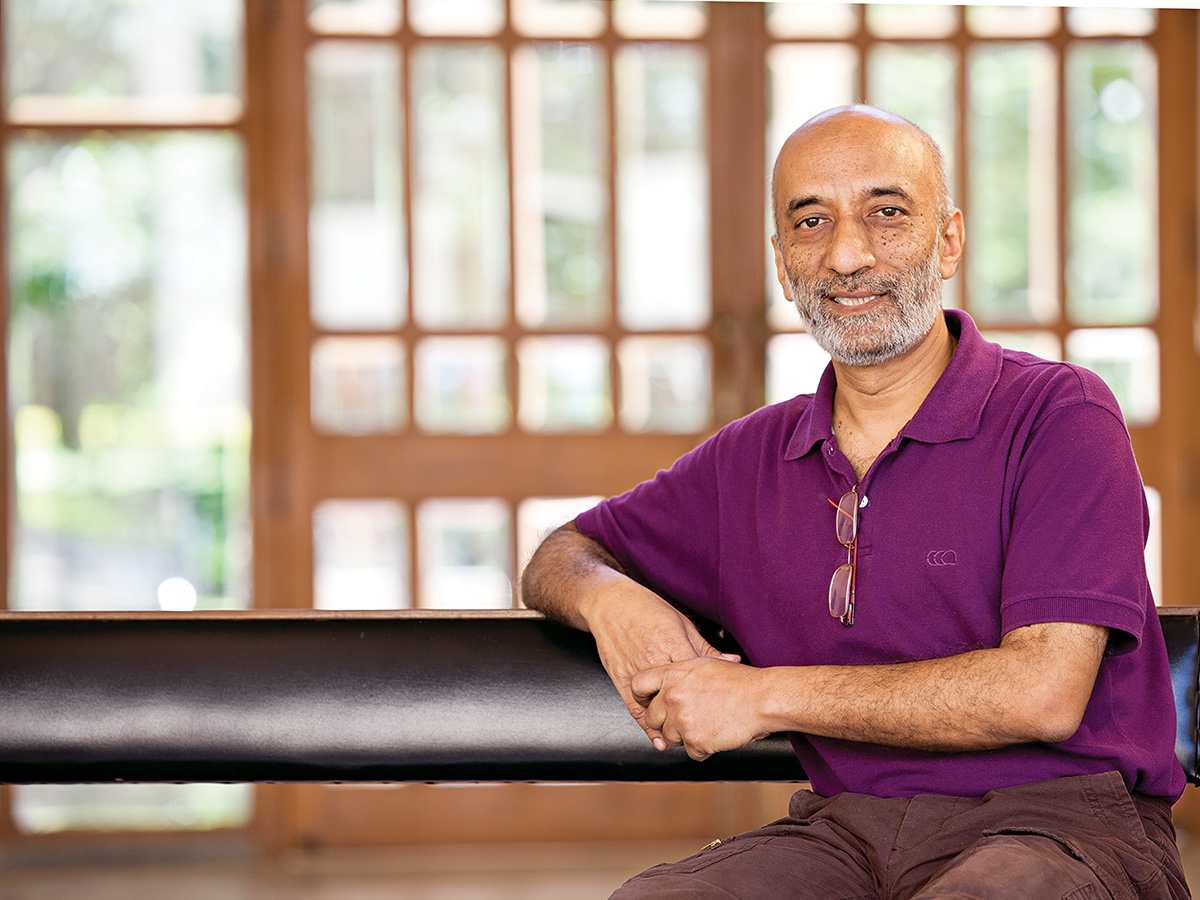 The Infosys Prize for Physical Sciences is awarded to Professor Sriram Rajagopal Ramaswamy for his pioneering work in the field of active matter that enables a detailed exploration into several aspects of the collective behavior of living systems as interacting mechanical entities with distributed input and dissipation of energy.

Studying the mechanics and statistics of Active Matter

Living matter is driven matter, dissipating chemical energy while executing systematic motion and creating organized structures. These structures can arise on scales ranging from microns, such as the filaments of the cytoskeleton of a cell, to kilometers, as in fish schools or bird flocks. How does one usefully approach these spectacular instances of order in nature from the point of view of a physicist? Why do they form? How are their spontaneous internal motions correlated? How do they respond when you disturb them? Consistent with the most basic governing physical principles such as the conservation of momentum and energy, complexity and interaction lead to the emergence of new and unexpected patterns of behavior at different levels of organization.

Sriram Ramaswamy’s current research, on the Mechanics and Statistics of Active Matter, is the most exciting and influential of his career so far. He uses simple yet powerful arguments based on symmetry and conservation principles to uncover the strange laws governing the collective behavior of active particles. This includes motile organisms from bacterial to macroscopic scales, motor proteins and the cytoskeletal filaments on which they walk, the pumps that maintain the difference between the ionic conditions within and outside a living cell, and artificial self-propelled particles such as catalytic colloids. The common feature, from the physicist’s point of view, is that these objects are endowed with internal machinery that takes up energy and turns it into systematic motion.

Motile creatures are often seen to move in large, coherent groups called flocks. The first theories of flocking, by groups from Budapest, IBM Yorktown and Oregon, approximate the medium in which the creatures move by an inert frictional substrate, thus missing some striking consequences of momentum conservation. Ramaswamy’ s work restores this key conservation law, ultimately responsible for fluid flow and the hydrodynamic interaction, and shows that flocking in a fluid, as appropriate for bacterial suspensions and fish schools, is dramatically different. The dynamics are an interplay of two processes: the localized uniaxial stress field associated in which each active particle sets up flows in the fluid, and these flows in turn orient and move the particles.

The strength of his approach lies in coarse-graining i.e. the configuration of the active particles, and the stress they create in the fluid which are expressed through their concentration and orientation fields and not a detailed particle-scale description. Ramaswamy’s work thus opened a new frontier in non-equilibrium statistical mechanics, extending liquid-crystal hydrodynamics to include particles that are alive or energized, and stir the medium in which they live.

Here is a short summary of some remarkable predictions of Ramaswamy’s active-matter work, and their confirmation in experiment:

Prof. Ramaswamy was a post-doctoral research investigator in the department of Physics at the University of Pennsylvania from 1983-1986. He is also an Adjunct Professor at the International Centre for Theoretical Sciences, TIFR, Bangalore. Professor Ramaswamy is a member, Condensed Matter Theory Unit at the Jawaharlal Nehru Centre for Advanced Scientific Research in Bangalore.

Elected Fellow of the Royal Society; and wins the H.K. Firodia award

Prof. Sriram Ramaswamy's work on the mechanics and statistics of active matter has given birth and shape to this rapidly growing field. He has used simple yet powerful arguments based on symmetry and conservation principles to uncover the strange laws governing the collective behavior of active particles in a medium, which could be motor proteins walking on cytoskeletal filaments, or schools of fish swimming in an ocean and forming a pattern. He was the first to conceive of an order parameter description of living matter that was connected to stresses and strains, to elasticity, hydrodynamics and thermodynamics. The body of work by Ramaswamy and his group, starting and illuminating an area considered by many to be the most interesting recent departure in the science of soft matter, has led to a large and growing collection of theoretical predictions and their verification. It has led to significant, controlled experimentation on real biological systems as well as on relevant non-living model systems. 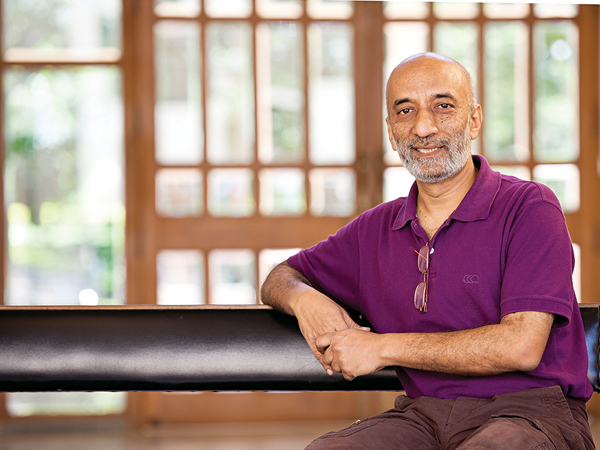 "I'd like to congratulate Prof. Sriram Ramaswamy, this year’s prize winner in the category of Physical Sciences of the Infosys Science Foundation. His work lies at the interface of Physics and Biology. He has done seminal work regarding the motion and behavior of bacteria, proteins, gel, birds and fish. Congratulations again."