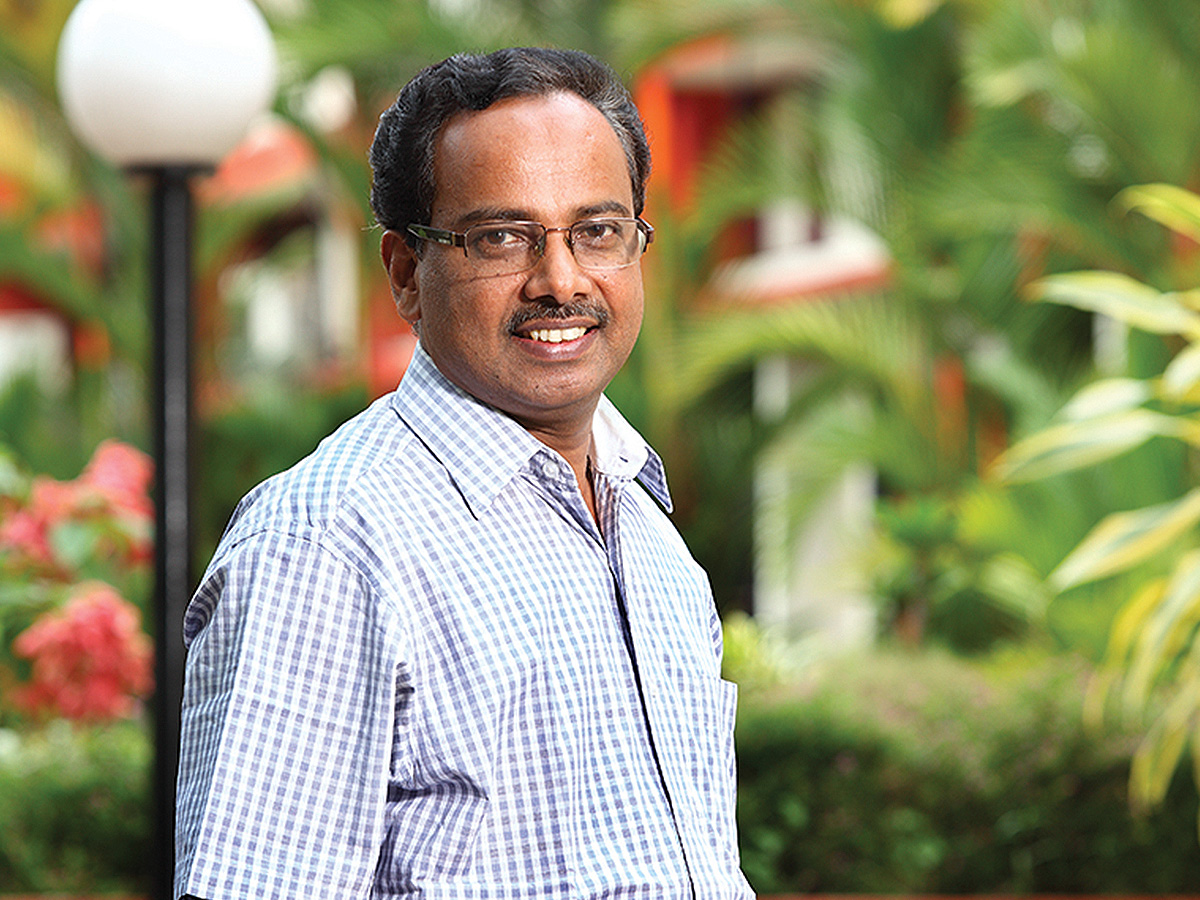 The Infosys Prize for Physical Sciences is awarded to Dr. A. Ajayaghosh for his pioneering development of methods for the construction of supramolecular functional materials, which can be employed as components in organic electronic devices and in powerful substance selective optical sensing and imaging.

DISCOVERING THE SECRET LANGUAGE OF MOLECULES

One of the grand challenges in chemistry, in the 21st century, is to understand the role of relatively weak noncovalent bonds in the construction of functional supramolecular architechtures. Dr. Ajayaghosh has done brilliant work in advancing the field of supramolecular chemistry, especially in the design and synthesis of molecular assemblies called pi-gels, a new class of materials formed out of organic pi-systems with great potential for photonic and electronic applications. To control both the size and shape of these soft nanomaterials, he designed hydrogen bond functionalities into fluorophores called phenylenevinylenes, to optimize weak noncovalent attractive interactions between the aromatic cores of the monomer units. These cleverly designed molecules self-assemble to nanoscale supramolecular architectures through hydrogen bond / aromatic-aromatic attractive interactions. Dr. Ajayaghosh was the first investigator to make functional phenylenevinylene organogels from designed building blocks. He has shown that these self-assembled nanomaterials can be used as a soft scaffold to control electronic energy transfer processes, paving the way for the development of superior light harvesting devices. His 2001 paper in the journal of the American Chemical Society (J. Am. Chem. Soc. 2001, 123, 5148-5149) cleared the way for systematic exploration and exploitation of the properties of these designer organogels. He built on this early work in the construction of aesthetically appealing but functionally useful nanomaterials that can be employed for energy conversion and in optical sensors to detect tiny amounts of TNT and many other molecules of relevance. He is a leader in this exciting new area of materials chemistry.

Dr. A. Ajayaghosh was appointed the Director of the National Institute for Interdisciplinary Science and Technology (CSIR-NIIST), Thiruvananthapuram, India, in June, 2015. He obtained his Master’s degree in Science (1984) from Kerala University and a Ph. D (1988) from Calicut University. He joined the Regional Research Laboratory, CSIR (presently CSIR-NIIST), as a Scientist in 1988. He was the Alexander von Humboldt Fellow at the Max Plank Institute for Strahlen Chemie, Germany (1994-96).

He has published several articles, book chapters and filed patents in the areas of molecular self-assembly, molecular probes and fluorescent materials. He is a Fellow of all the three Science Academies of India, and is on the international advisory board of the journal, Chemistry-An Asian Journal. He is holding an additional position as the Dean of Chemical Sciences, Academy of Scientific and Innovative Research (AcSIR), CSIR, New Delhi.

Wins the MRSI Medal and the Shanti Swarup Bhatnagar Prize

Dr. Ajayaghosh has done landmark work that has advanced supramolecular chemistry, most especially in investigations that have led to the design and synthesis of molecular assemblies called organogels (pi-gels), a new class of materials with great potential for photonic and electronic applications. He has demonstrated that these self-assembled nanomaterials can be used to control the electronic energy transfer processes, paving the way for the development of superior light harvesting devices. He has synthesized and characterized nanomaterials that can be employed in organic electronic devices and in optical sensors to detect tiny amounts of TNT and many other biologically relevant substances. 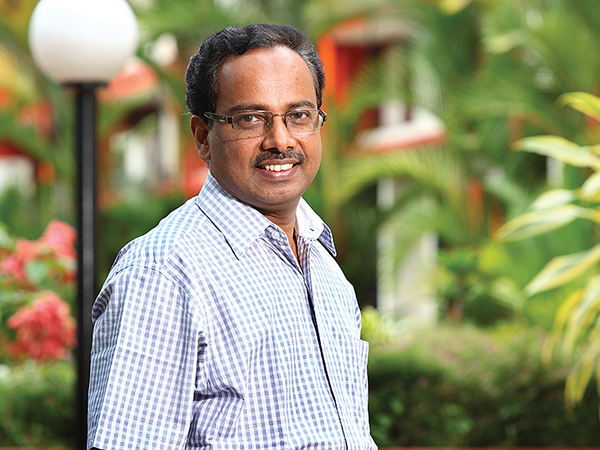 "The committee was impressed with two of his achievements. The first one was development of superior light harvesting devices. These are devices which can convert light to energy i.e. photonic. And the second area was the detection of very tiny amounts, centigrams of TNT and other dangerous substances with a rather simple step.”