The Infosys Prize 2014 in Engineering and Computer Science is awarded to Prof. Jayant R. Haritsa, a pioneer in the design and optimization of database engines that form the core of modern enterprise information systems. His many contributions have found direct use in various types of databases including decision‑support, biological and multilingual databases, as well as produced software tools for query optimization and metadata processing.

As the repository of a growing information society, databases store vast hoards of information that must be queried often and efficiently in almost every area of societal information infrastructure, from real-time searching of biometrics in the ambitious Aadhaar identification card program to decision support for medical prognosis. These actions are challenged by concerns of security, privacy, safety, distance, connectivity and natural language.

Popular databases are queried by users for the information they seek, without describing how it is retrieved. The retrieval process often requires evaluating and choosing from among exponentially large sets of alternative execution plan strategies, making query optimization a computationally difficult problem for enterprise-class database systems.

Prof. Haritsa has fundamentally transformed this field and solved long-standing problems identified by the international database community. His work has featured a series of breakthroughs in how query optimizers are represented, algorithmically simplified, designed for robustness, and finally, dynamically achieve these benefits for on-the-fly queries.

Besides advancing the field in database optimization, Haritsa has created a thriving community of leading-edge researchers of databases in India, having produced over 80 post‑graduates from his laboratory over the last two decades.

Prof. Jayant Ramaswamy Haritsa is a senior professor at the Supercomputer Education and Research Centre and Chair of the Department of Computer Science and Automation at the Indian Institute of Science (IISc), Bengaluru, India. Haritsa's work lies at the intersection of database systems and data mining, with a focus on query processing across a range of database systems.

A distinguished alumnus of IIT-Madras, Haritsa received his M.S. and Ph.D. in Computer Science from the University of Wisconsin, Madison, USA. He founded the Database Systems Lab at IISc in 1995 that has graduated over 80 post-graduate students.

His work has been recognized with a Best Paper Award at the International Conference on Very Large Data Bases (VLDB) in 1998, and Best Software Demonstration Awards at the VLDB conferences in 2010 and 2014. He received the Shanti Swarup Bhatnagar Award and Distinguished Scientist of ACM award in 2009, and the ACCS CDAC Foundation Award in 2013. He is a Fellow of IEEE, Indian Academy of Sciences, Indian National Academy of Engineering, and National Academy of Sciences, India.

Joins as Research Fellow at the Institute for Systems Research, University of Maryland

Wins the ACCS-CDAC Foundation Award from the Advanced Computing and Communication Society; and elected fellow of IEEE, USA

Elected Fellow of the Association of Computing Machinery (ACM), USA

Prof. Jayant Ramaswamy Haritsa is recognized for his stellar contributions to both the theory and practice of database query optimization and processing, and for creating a thriving community of researchers and practitioners to advance the emerging information infrastructure in India.

His work has advanced the field of databases by devising algorithmic methods and tools that enable database applications to exploit the full potential of the information stored in a wide range of database engines, from commonly used relational databases to esoteric real‑time and emerging multilingual and biological databases.

Prof. Haritsa's contributions span the full breadth from problem definition to software tools such as the Picasso visualization platform and the CODD metadata processor.

His prolific publication record includes a paper that is among the ‘top five most cited papers’ of Real-Time Systems – The International Journal of Time-Critical Computing Systems, as well as a paper and software that were adjudged best paper and best demonstration software in VLDB conferences. His effort in creating a world‑class database research group over two decades is especially noted. 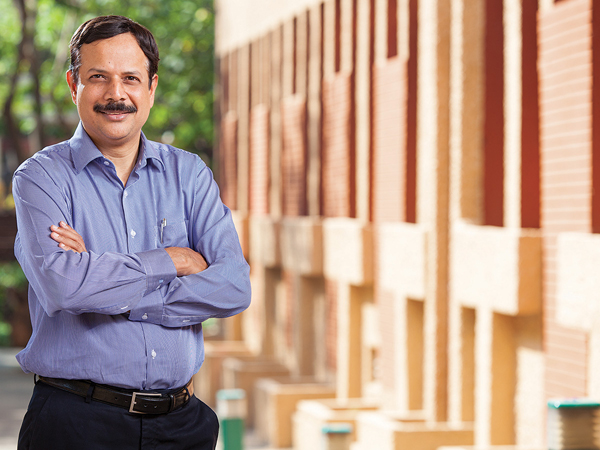 "Congratulations Jayant. The committee unanimously elected you for the Infosys Science Foundation 2014 Prize in Engineering and Computer Science. The election was based on the significant impact that your work has made and the significant advances it has made in the field of databases. Your work has included a series of breakthroughs that start from how does one define queries, how does one algorithmically optimize queries and how does one do this on the fly. So congratulations one more time.”