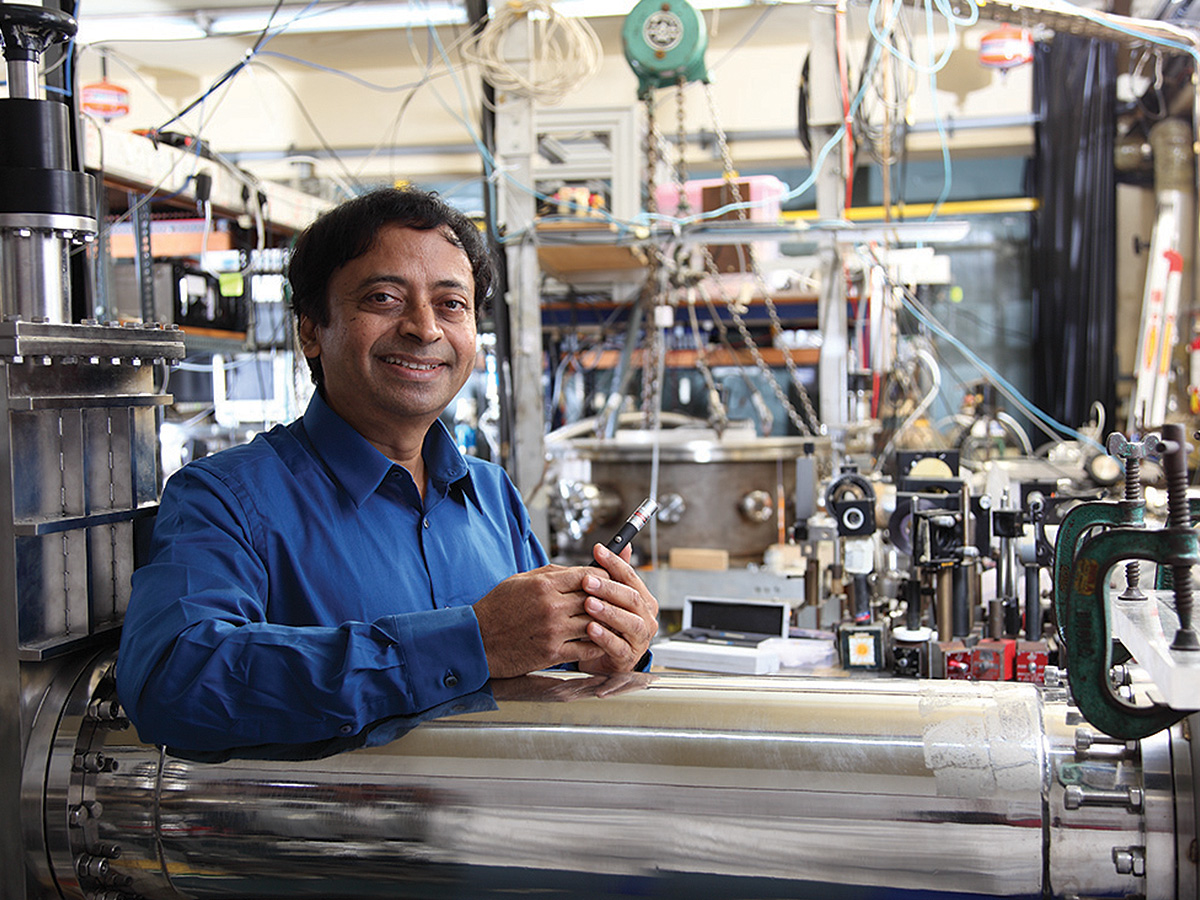 The Infosys Prize 2015 in Physical Sciences is awarded to Prof. G. Ravindra Kumar for his pioneering experimental contributions to the physics of high intensity laser matter interactions. In particular for providing, for the first time, unequivocal evidence of turbulent magnetic fields and the discovery of terahertz frequency acoustic waves, in laser produced hot dense plasmas. These results have significance to testing stellar and astrophysical scenarios.

Unlocking the Secrets of the Stars and Creating Everlasting Energy

Prof. Ravindra Kumar is an experimental physicist, studying plasma at high energy densities created by ultra-short laser pulses interacting with a variety of targets. The physics of this state of matter is of great contemporary interest in the context of the efforts in major international laboratories to achieve thermonuclear fusion by multiple converging laser beams. His laboratory at TIFR was the first to observe and quantify turbulent magnetic fields created by instabilities of the high current electron beams driven by the laser pulse. The control of these instabilities, using a novel carbon nanotube based target, allowed transport of the current over distances of up to a millimeter, many times higher than what was earlier achieved. The rapidly varying spatiotemporal profile of the plasma generated by these pulses was probed by using reflection of different frequencies from different layers.

In the context of fusion, minimizing reflected energy is a major goal and Ravindra Kumar has demonstrated the effectiveness of plasmon excitation in sub-wavelength structures in achieving near complete absorption. More recently, he has discovered a new terahertz acoustic mode in a laser produced hot dense plasma.

All these studies called for a variety of sophisticated diagnostic tools – polarimetry X-ray, ion and neutral detection. They have opened up new areas for follow up, and directly impact the laser fusion effort. Novel tabletop X-ray and energetic particle generators based on these studies are already envisaged. The work has significant implications for laboratory testing of high energy astrophysics scenarios for supernova explosions and high energy particle production.

Prof. Gattamraju Ravindra Kumar holds a B.E. (Hons) in Mechanical Engineering and M.Sc. (Hons) in Physics, both from the Birla Institute of Technology and Science, Pilani, in Rajasthan, India. He obtained his Ph.D. from the Department of Physics in IIT-Kanpur in 1990. After a year of postdoctoral work, in 1992, he joined the Tata Institute of Fundamental Research, Mumbai, in the group now known as UPHILL (Ultra-short Laser Pulse High Intensity Laser Laboratory) in the Department of Atomic and Molecular Physics. At TIFR, he has established a strong laboratory for studying the physics of hot dense matter produced by ultra-short laser pulses. He is now a Senior Professor at TIFR, and a Fellow of the Indian Academy of Sciences and the Indian National Science Academy.

Prof. Ravindra Kumar is being recognized for his pioneering experimental contributions to the physics of high intensity laser matter interactions that probe matter at extreme densities and temperature. His significant contributions include: i) the first measurement of mega-gauss turbulent magnetic fields in laser plasma interactions; ii) experimental demonstration of large distance electron beam transport in the carbon nanotube system; iii) the use of the Doppler effect from the ‘critical surface’ to map the density dynamics of an expanding plasma cloud, and iv) discovery of a terahertz hydrodynamic mode in a hot laser plasma. The results of his research have significant implications for laboratory testing of astrophysical scenarios like supernova explosions and high energy particle production. 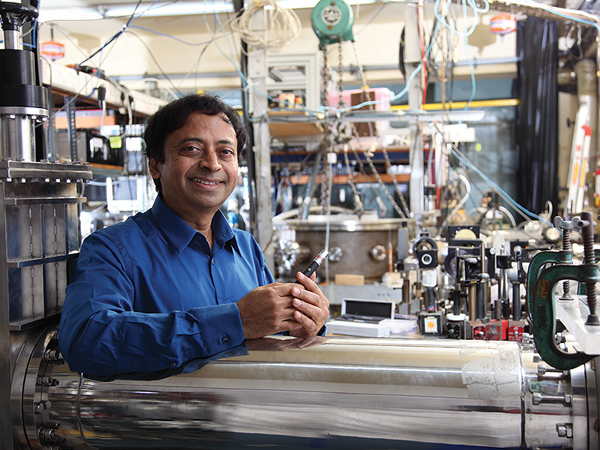 "Prof. Ravindra Kumar’s work is a vivid demonstration of the importance and joys of undertaking experimental investigations of nature. His work on plasma physics has a global impact with applications ranging from terrestrial to astrophysical locales. I am particularly pleased that his work has helped me, an astronomer, understand how neutron stars are born".