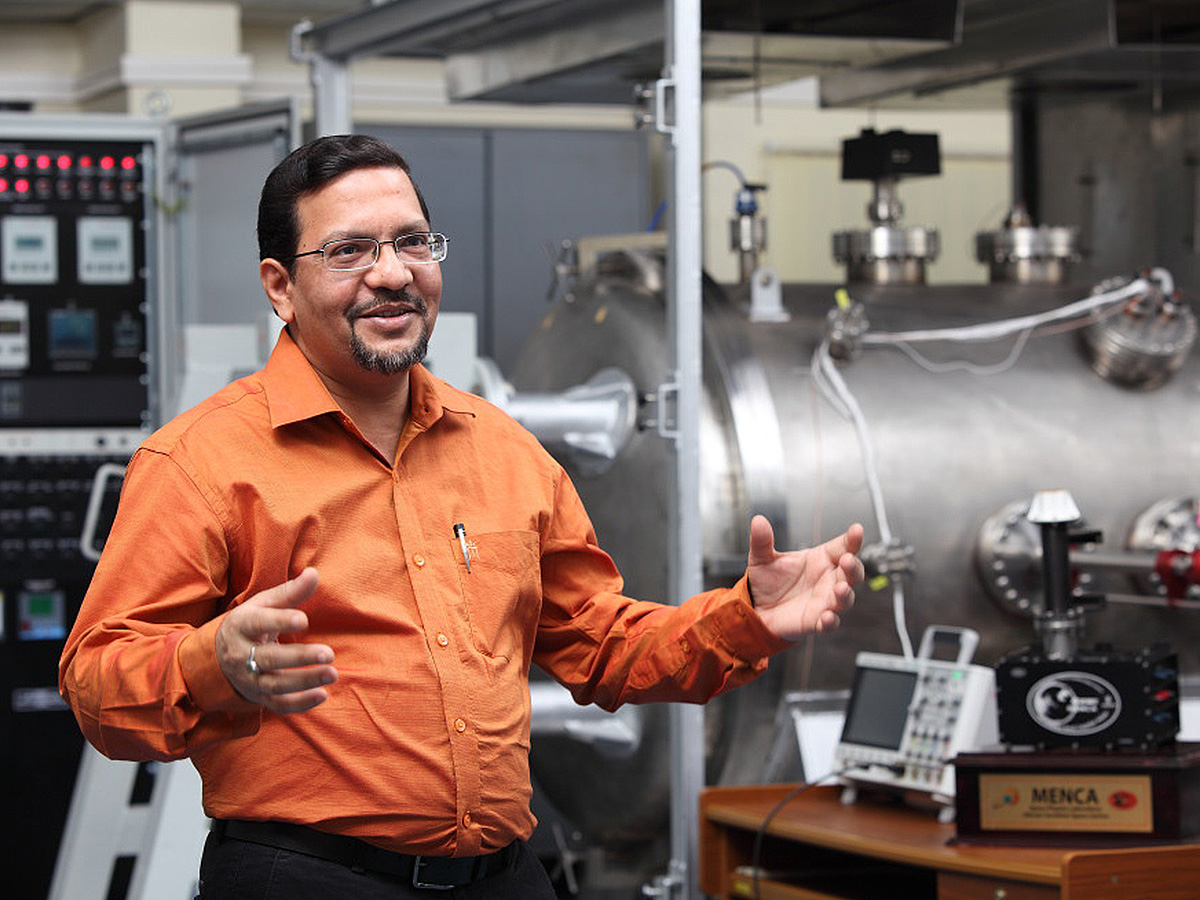 The Infosys Prize 2016 in Physical Sciences is awarded to Dr. Anil Bhardwaj for his outstanding contributions in the field of Planetary Science and Exploration. His experiments on Chandrayaan-1 and Mars Orbiter missions revealed new features of solar wind interactions with lunar surface and provided important clues for understanding thermal escape of the Martian atmosphere. He also made very significant contributions in detection and delineation of the nature and origin of planetary X-rays.

Dr. Anil Bhardwaj is a versatile space scientist equally adept in both analytical and experimental studies. His astute understanding of relevant science, coupled with his strength in design and development of instruments for space research is clearly reflected in his ongoing and upcoming experiments on Indian Space Missions.

Dr. Bhardwaj was India’s lead scientist in an Indo-Swedish experiment SARA, conducted on the Chandrayaan-1 mission to study the nature of interactions of solar wind ions with the lunar surface. This led to several novel results that include reflection of a small fraction of incident solar wind ions from lunar surface as neutrals and the unexpected presence of ions on the lunar night-side. Bhardwaj is also the Principal Investigator of an experiment MENCA on the ongoing Mars Orbiter Mission for in-situ measurements of composition in low latitude Martian exosphere. The results from this experiment suggest a transition from carbondioxide dominated to oxygen-dominated exosphere near 270 Km, a key input needed for analytical study of composition and thermal escape of the Martian atmosphere.

He also played a leading role in an international effort to understand the nature and origin of planetary X-rays. This led to the detection of X-rays from Rings of Saturn and X-ray flare from Jupiter and Saturn, suggesting that the gas giants act as “diffuse mirrors”. He was the lead author of two major papers of this study.

Dr. Bhardwaj is currently involved in realizing approved payloads for the upcoming Chandrayaan-2 mission and the Indian solar mission, Aditya-L1.

Dr. Anil Bhardwaj, currently Director of the Space Physics Laboratory at the Vikram Sarabhai Space Centre, received his M.Sc. degree in Physics from Lucknow University (1987) and did his Ph.D. work at the Banaras Hindu University (1992) on studies of Aurora and Airglow processes on the outer Planets and Comets. His research interests cover a broad spectrum including studies of surface, atmosphere and ionosphere of planetary bodies and their interactions with solar radiations and solar wind.

He took a very active part in India’s Planetary and Space Exploration program, starting with the Chandrayaan-1 mission. His experiments on Chandrayaan-1 and Mars Orbiter Mission yielded several novel results on solar wind interactions with the Moon and on the nature of the Martian exosphere that are acknowledged at international level. Dr. Bhardwaj is currently involved in developing approved payloads for the upcoming Chandrayaan-2 mission and the mission, Aditya-L1, to probe the Sun. Bhardwaj has authored half a dozen book chapters and more than a hundred refereed journal publications.

The scientific contributions of Dr. Bhardwaj have been acknowledged at both national and international level. He is a recipient of the Shanti Swarup Bhatnagar Prize (2007) and Distinguished Alumnus Award of IIT, Banaras Hindu University (2015). He is a fellow ofthe Indian Geophysical Union (2008), the Indian Academy of Sciences (2009), Indian National Science Academy (2010), and the National Academy of Sciences of India (2014). Bhardwaj is also an elected member of the International Astronomical Union (2009) and the International Academy of Astronautics (2014).

Elected Academician of the International Academy of Astronautics

Dr. Anil Bhardwaj has made pioneering contributions in the field of planetary and space research. Early in his career he carried out collaborative studies of planetary auroras and followed that with studies to decipher the origin and nature of planetary X-rays. Dr. Bhardwaj was the Indian lead in an Indo-Swedish experiment SARA on the Chandrayaan-1 mission that provided several new results on solar wind ions interactions with lunar surface.

His experiment MENCA on the Indian Mars Orbiter Mission suggests the presence of a transition from carbon dioxide-dominated to oxygen-dominated Martian evening exosphere at higher altitudes. Bhardwaj is currently involved in the design and development of approved payloads for Chandrayaan-2 and the Indian solar mission Aditya-L1, making him the only scientist having payloads in all the Indian space missions approved so far. 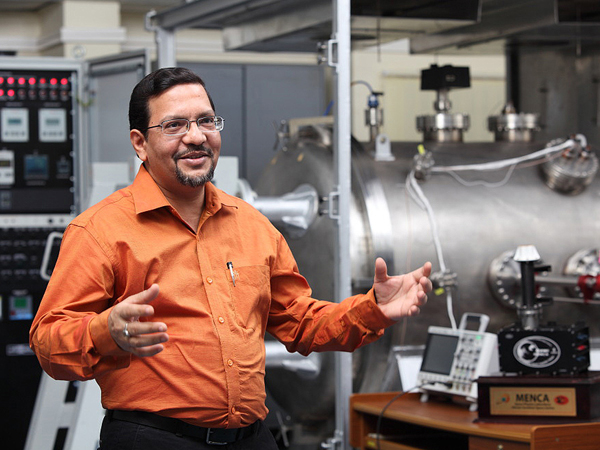 "Congratulations Dr. Anil Bhardwaj for winning the 2016 Infosys Prize in Physical Sciences! Dr. Bhardwaj is a brilliant example of an exceptional blend of scientific expertise and engineering competence which is required for planning, designing and developing, operating the instruments and bringing the first rated science on planetary missions. He is the only scientist in the country whose scientific payloads have been selected for every planetary mission. SARA aboard Chandrayaan-1; MENCA aboard the Mars Orbiter Mission; and the upcoming CHACE-2 detector for Chandrayaan-2. Dr. Bhardwaj's work has resulted in some surprises about the moon which we thought was very well-studied. In particular, the moon is not simply interacting with the solar wind as people had thought. The solar wind undergoes changes on reflection from the moon. For Mars, his instrument is a mass spectrometer which attempts to observe and study the composition and density in the Martian exosphere. This is a region on Mars where the atmosphere is escaping. I wish him great luck in the CHACE-2 experiment aboard Chandrayaan-2. Congratulations again!"