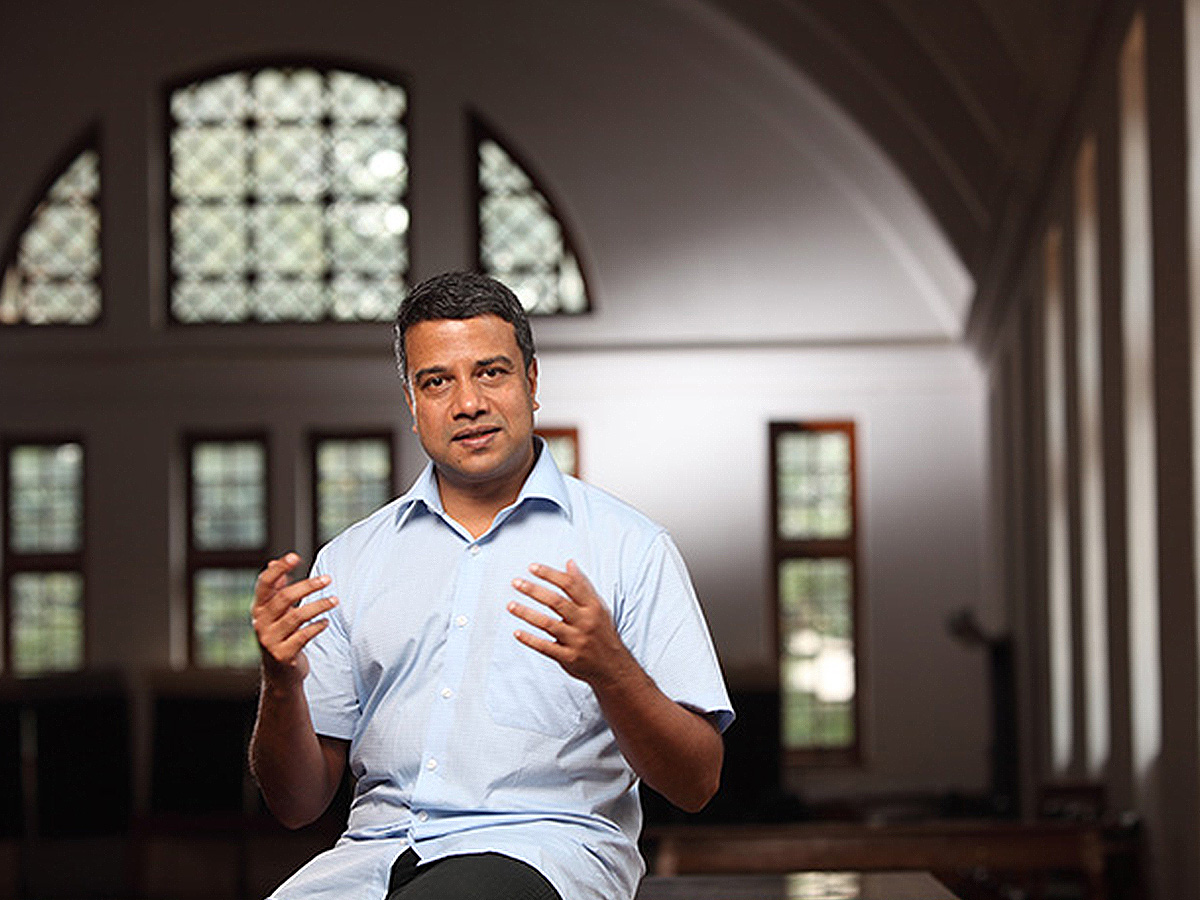 The Infosys Prize 2016 in Engineering and Computer Science is awarded to Prof V. Kumaran, for his seminal work in complex fluids and complex flows and especially in transition and turbulence in soft-walled tubes and channels. His work is of high practical utility in cardio-vascular and pulmonary health. His work characterized by high quality applied mathematics and theoretical physics combined with innovative experiments and simulation has been translated into innovative technologies for lab-on-a-chip devices for point-of-care diagnostics.

On Fluid Dynamics and Medical Miracles

Understanding the microfluidic devices has assumed significance in recent times due to their applications in cardio-vascular and pulmonary health, just to name a few. Prof V. Kumaran pioneered research in this area through his work on transition and turbulence in the flow through soft-walled tubes and channels.

Using innovative combination of high quality theory and experiments and simulations, he has been able to experimentally demonstrate the onset of instability in flexible tubes at a Reynolds number as low as 500, something which has eluded experimentalists for over a decade since the first prediction by Kumaran. He has experimentally shown that using this instability, mixing efficiency can be increased by many orders of magnitude in microfluidic devices in lab-on-a-chip applications, thus making it feasible to conduct complex reaction networks in reasonable time. This has the potential to alter the current paradigms used in the design of microfluidic devices.

Apart from the scientific advance, the societal impact of his work is also being recognized. MicroXLabs, a start-up company working in Prof. Kumaran’s lab has been awarded the first prize in the Tata Social Enterprise Challenge, a contest for social impact ideas that enrich the quality of life across rural India.

Kumaran’s work in formulating theories for flowing granular materials is very novel. He was the first to show that the grains in the flow can be modeled using a velocity distribution in a manner similar to gas molecules in the kinetic theory of gases. He has developed a statistical mechanics framework to provide quantitative predictions for the flow down an inclined plane, which is often encountered in geophysical phenomena (avalanches, landslides) and industrial applications (chutes, solids transport). Kumaran was the first to predict a novel ‘transition’ similar to the laminar-turbulent transition, in dense granular flows. This is an important advance in the elusive search for constitutive relations for flowing granular materials.

Prof. Kumaran’s work on the thermodynamics and dynamics of complex fluids, including co-polymers, polymer gels and brushes and charged membranes, wherein he has made theoretical contributions in the areas of non-equilibrium statistical mechanics and kinetic theory for driven dissipative systems, which has resulted in the model with new insights. This work brings in the fundamental concept of random correlated noise for the turbulent fluctuations. This has not been used in this field before.

Another pioneering work of Prof V. Kumaran is the lamellar liquid crystalline materials which are widely used in the Food and Cosmetics industry. Prof. Kumaran has formulated a framework for the multiscale modeling of these materials. These are the only models currently available for the rheological behavior of lamellar phases, and have been employed for product design by the two largest Fast Moving Consumer Goods companies in the world, Unilever and Proctor & Gamble.

Prof. Kumaran has made some important advances to the Onsager model, by extending the parameter regimes where it can be applied. In particular, the original Onsager model was applicable only to gases whose molecular masses are nearly equal, and for very high rotation speeds. Kumaran’s work has been to extend this to lower speeds and to dissimilar gases, such as Carbon Dioxide and Methane, which is of commercial importance in natural gas recovery. The hierarchy of models developed by him provides a comprehensive framework for the development of separation technologies for gases over a range of mass differences.

Prof. V. Kumaran is a senior professor at the Department of Chemical Engineering of the Indian Institute of Science (IISc). Prof. Kumaran has been carrying out path-breaking research on many select topics in the areas of fluid mechanics and statistical mechanics.

Kumaran received his B. Tech. in 1987 from IIT Madras and Ph.D. from Cornell University in 1992. He is a fellow of the Indian Academy of Science (1998), Indian National Science Academy (2001), and the Indian National Academy of Engineering (2006). More recently, Prof. Kumaran has been elected to the fellowship of the American Physical Society (2015).

Prof. Kumaran has pioneered the study of transition and turbulence in the flow through soft-walled tubes and channels, an area of immense importance in the fields of cardio-vascular and pulmonary health, as well as for lab-on-a-chip technologies. He was the first to theoretically predict, using sophisticated mathematical techniques, diﬀerent types of transition to turbulence in soft-walled tubes and channels. These are qualitatively diﬀerent from, and at flow speeds significantly smaller than, the transition in rigid conduits.

His group was also the first to experimentally demonstrate turbulence at small scales and low speeds in the flow past soft surfaces, and show that the turbulence is diﬀerent from, and more intense than, that in the flow past rigid surfaces. He has proceeded further to translate these scientific advances into innovative technologies for lab-on-a-chip devices for point-of-care diagnostics. This is one of the rare instances where theoretical prediction, experimental discovery and the translation for societal benefit. All of these have been carried out by the same group.

His work on flowing granular materials, and the thermodynamics and dynamics of complex fluids including co-polymers as well as the lamellar liquid crystalline materials and the extension of Onsager model reflect his unique talents to combine concepts in fluid mechanics, statistical mechanics and theoretical physics. The fact that much of his work has found practical applications of benefit to society stands as testimony to the quality and utility of his research. 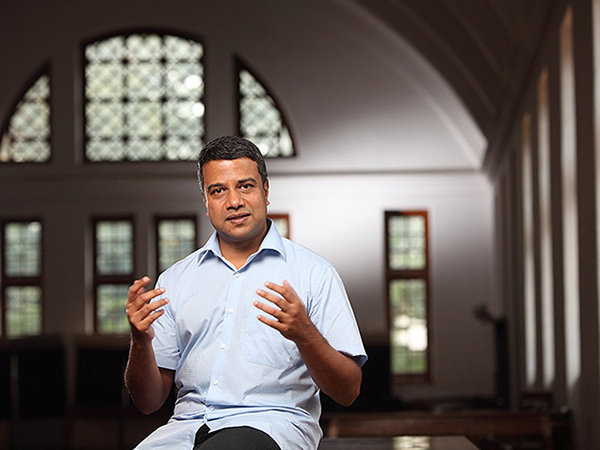 "I want to congratulate you on winning the Infosys Prize. The jury was unanimous in your selection and they were really impressed by your work in modelling the flow and transition through soft-wall tubes and its implications for lab-on-a-chip."