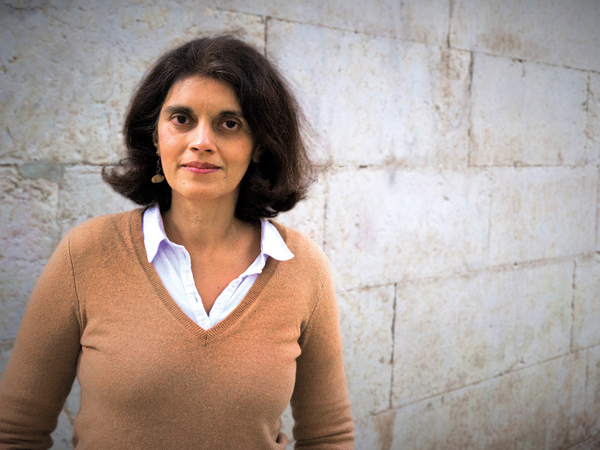 The Infosys Prize 2021 in Humanities is awarded to the historian Dr. Ângela Barreto Xavier for her deeply researched and sophisticated analysis of conversion and violence in the Portuguese empire in India, especially Goa. Her extensive body of writings in both English and Portuguese have shown Xavier to be an important and original voice on colonial and imperial history.

Dr. Ângela Barreto Xavier’s contributions to the reshaping of the history of Portuguese colonialism in India are of great importance. Her books Religion and Empire in Portuguese India and Catholic Orientalism broke new ground in the social, political and cultural history of conversion to Christianity in Portuguese India. Drawing on frameworks from historical sociology, she considers the responses of different Goan groups to Portuguese secular and ecclesiastical power, through a close reading of sources and examination of a variety of concrete situations, both urban and rural.

Her writings bring a breath of fresh air to the study of Portuguese colonialism in India, through the perspective of “the colonization of the imagination”. Combining top-down and bottom-up perspectives with her deep knowledge of both state and ecclesiastical archives, as well as texts, she reveals the shifting political and ideological formulations in Portugal that lay behind the strategies of successive generations of its colonizers.

Dr. Xavier has also published a number of journal essays in such venues as the Journal of Early Modern History, and the Journal of the Economic and Social History of the Orient. She has directed, and continues to direct, several research projects involving international teams of scholars, and is at the forefront of studies of Portuguese colonial and imperial history.

Born in Goa, Dr. Ângela Barreto Xavier was trained in history at the New University of Lisbon, before going on to complete her Ph.D. at the European University Institute in Florence in 2003. The greater part of her professional career has been spent at the Institute of Social Sciences of the University of Lisbon, while she has also held visiting positions in Paris, the USA, and Goa.

Xavier has published scholarly works in English and Portuguese, but also in Spanish, Italian and German. Her book Religion and Empire in Portuguese India is a profoundly researched and sophisticated analysis of conversion and violence in the Portuguese empire in India, especially Goa, in the 16th and 17th centuries. Her other main work in English is the co-authored book (with I. Zupanov) Catholic Orientalism: Portuguese Empire, Indian Knowledge (16th-18th centuries).

Dr. Xavier’s works in Portuguese include a work on the history of political thought, El Rey aonde póde e não aonde quer (1998), and the jointly authored D. Afonso VI (2006), as well as a number of edited volumes. She has also published a number of scholarly essays in English in historical journals.

Appointed head of Head of ICS Library, University of Lisbon

Publishes Religion and Empire in Portuguese India: Conversion, Resistance, and the Making of Goa

Dr. Ângela Barreto Xavier’s work on Goa, in Religion and Empire in Portuguese India, and the jointly authored Catholic Orientalism, are significant contributions to the social and cultural history of Portuguese colonialism, with wider comparative and multi-disciplinary implications. These are works of notable theoretical sophistication combined with rigorous archival research.

Dr. Xavier has also organized a number of projects on comparative colonial history, resulting in illumination volumes of writing such as O Governo dos Outros (2016) and Monarquias Ibéricas em Perspectiva Comparada (2018). She is one of the key figures today in helping to rethink the comparative history of empires in the Iberian world, with reference to South Asia.

“My warmest congratulations to you, Dr. Xavier, on being awarded the Infosys Prize in the Humanities for 2021. I want to express my great admiration for your contributions to our understanding of the history of Portuguese imperialism in India and its wider effects on religion, society, and culture with its fine archival research that uncovers the contributions of a range of groups to Catholic Orientalism and illuminatingly analyzes the receptive as well as resistant roles of a range of social classes in the ‘making of Goa’.”