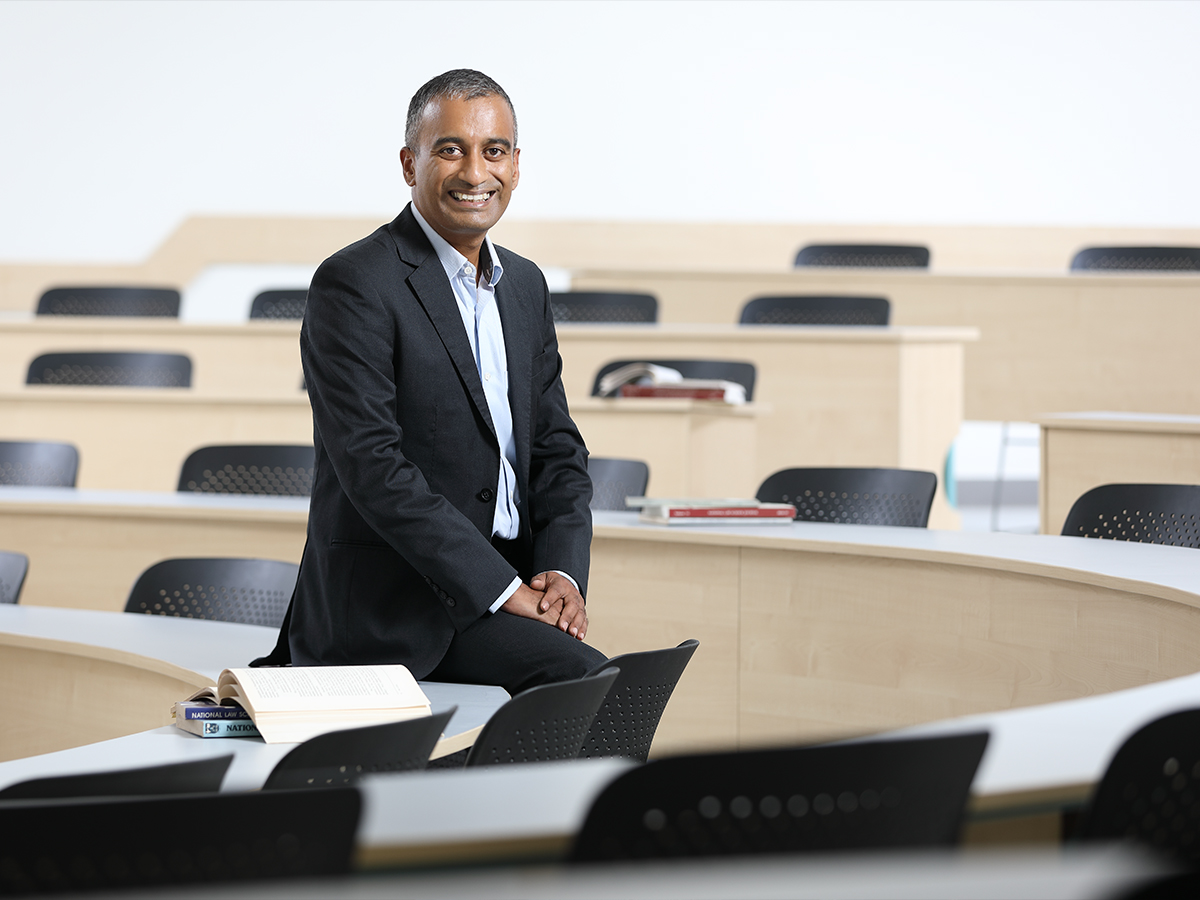 The Infosys Prize 2022 in Humanities is awarded to the legal scholar Prof. Sudhir Krishnaswamy for his insightful understanding of the Indian Constitution, especially his carefully argued account of the importance of the landmark ‘basic structure doctrine’ adopted by the Supreme Court in 1973 that guides and constrains various efforts to amend it, while also ensuring its stability in the face of executive and legislative outcomes in India’s political life.

One doctrine to rule them all

In a democratic polity, the domain of the law consists not only of ordinary legislative outcomes and the various clauses of a constitution, but also fundamental assumptions and ideals that a nation has adopted, sometimes without explicit and detailed articulation.  The Supreme Court in its decision in Kesavananda Bharati (1973) and other cases declared these latter assumptions and ideals to constitute ‘the basic structure’ doctrine. Prof. Sudhir Krishnaswamy’s great achievement in his major book, Democracy and Constitutionalism in India (Oxford, 2009), is to elaborate the theoretical underpinnings, the legitimacy, and the unfolding significance of this doctrine, showing how it emerges by a very careful reading, not only of cases that have evolved in a nation’s legal history, but also by an interpretation of the debates in the constituent assembly, and indeed during the many deliberations during India’s freedom movement as it geared itself to acquire statehood.

Prof. Krishnaswamy’s work in legal theory extends to a wide range of other topics, such as the workings of India’s Supreme Court, the nature and extent of the trust that public opinion has for the Indian judiciary, the relations between social justice and the courts, and the newly emerging field of horizontal rights—that is, rights that are not, as is usually conceived, rights against states, but against private individuals as well. In all these writings, Krishnaswamy’s intellectual prowess is everywhere evident and, taken together with his writings on the Constitution, it amounts to a very impressive and lasting contribution to the subject that cannot be ignored by serious students of Indian law.

Krishnaswamy has been an important voice as a public intellectual, engaging in civil society debates and shaping and guiding legal policy, especially in Karnataka, where he has also been the founding member of the Alternative Law Forum and a founding trustee of the Centre for Law and Policy Research.

Publishes Democracy and Constitutionalism in India: A Study of the Basic Structure Doctrine

Prof. Sudhir Krishnaswamy’s writings on the Indian Constitution are a significant contribution to our understanding of India’s framework of governance since independence, with broad philosophical implications for how the realm of law relates to parliamentary politics and, thus, to the ideals of democracy.  This is a notable achievement produced with great theoretical sophistication, detailed research, and acute analysis and argument. Prof. Krishnaswamy’s work extends to a range of other areas of the law, including the workings of the Supreme Court of India, to all of which he brings his considerable intellectual power.

Prof. Krishnaswamy, who has been a Rhodes Scholar and has taught at universities both abroad and in India, is also making a name for himself as a skillful leader and administrator, currently holding the position of Vice Chancellor of India’s pre-eminent institution of legal education, the National Law School of India University, Bengaluru.

“My warm congratulations to you, Prof. Krishnaswamy, on being awarded the Infosys Prize 2022 in Humanities. I greatly admire the analytical power with which you have elaborated the significance of ‘the basic structure’ doctrine for the Indian constitution and its unfolding history in independent India. I hope very much that this award will spur you to new heights of scholarly achievement.”