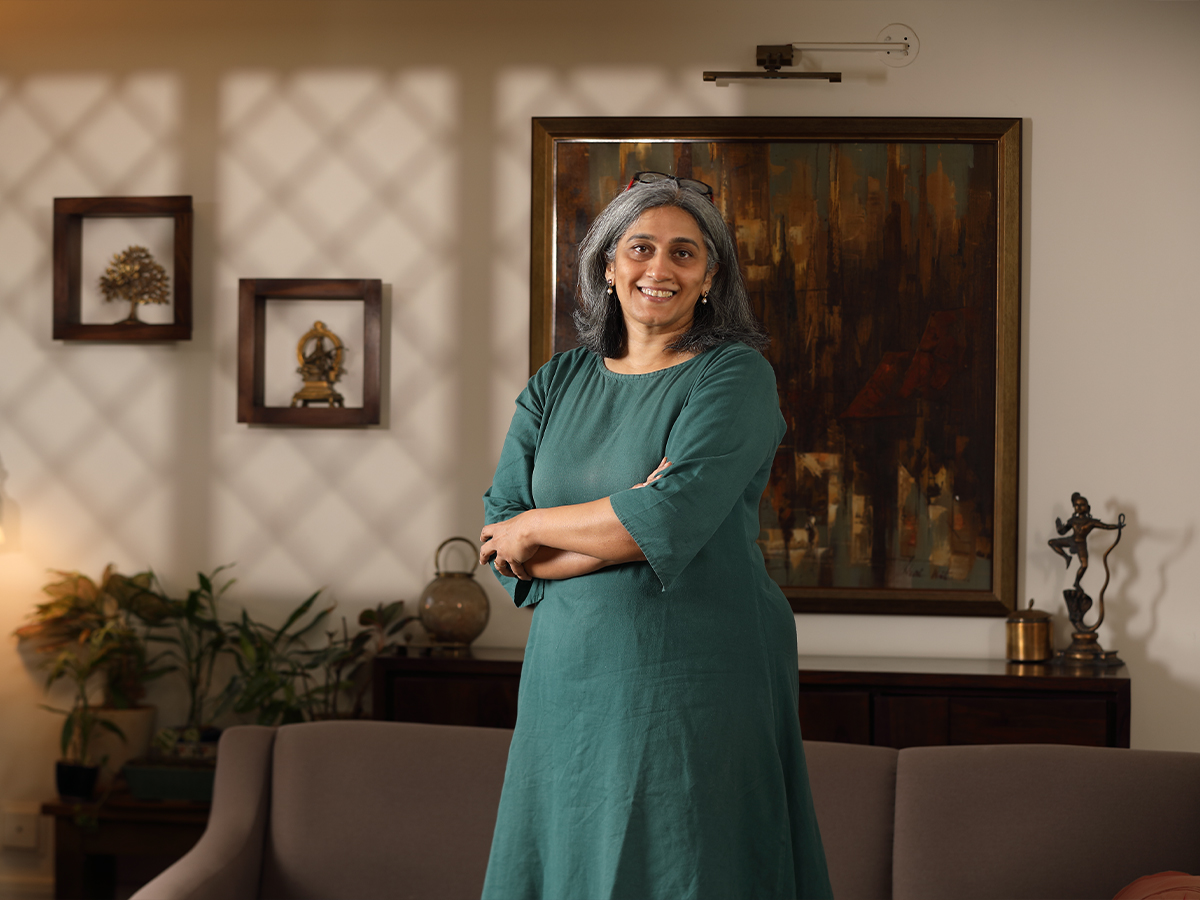 The Infosys Prize 2022 in Life Sciences is awarded to Prof. Vidita Vaidya for her fundamental contributions to understanding brain mechanisms that underlie mood disorders such as anxiety and depression, including signals engaged by the neurotransmitter serotonin in causing persistent changes in behavior induced by early life stress and the role of serotonin in energy regulation in brain cells.

Mental health is fundamental for human well-being and productivity. Our mental health is affected by mood disorders such as anxiety and depression, but the mechanisms that alter brain function and cause these disorders are not well understood. In humans, early life stress can lead to anxiety and depression in adulthood. The focus of Prof. Vidita Vaidya’s work is to understand the molecular and cellular mechanisms that contribute to mood disorders, with an emphasis on the function of serotonin, the neurotransmitter associated most closely with regulation of mood.

After establishing a credible animal model for depression based on early life stress, Prof. Vaidya’s laboratory has shown that an imbalance in serotonin mechanisms, via different receptors with different G-protein based signaling systems, is an important contributor to stress-induced anxiety and depression. Manipulating these signaling pathways during brain development can influence mood-related behavioral changes extending into adulthood. She has shown that the effectiveness of antidepressants in altering behavior may relate to the growth of new neurons and processes together with changes in gene expression in critical brain regions such as the hippocampus.

Vaidya’s findings demonstrating a role for serotonin signaling in making new mitochondria and enhancing mitochondrial function in neurons establishes a connection between neurotransmitter activity and cellular energy regulation. This work provides a new way to understand the effects of serotonin and has the potential to yield novel approaches to therapeutic treatments for psychiatric or neurodegenerative disorders.

Prof. Vidita Vaidya is Professor of Neurobiology in the Department of Biological Sciences at the Tata Institute of Fundamental Research, Mumbai. She received her Ph.D. from Yale University in 1998 and did postdoctoral research at the Karolinska Institute and Oxford University before joining TIFR in 2000.

Prof. Vaidya’s record of scientific leadership includes serving on the boards and scientific advisory committees of several institutes including the National Centre for Biological Sciences and the National Brain Research Centre. She serves on the Council of Scientists, Human Frontiers Science Program, and is a reviewing editor for eLife and senior editor for the European Journal of Neuroscience.

Wins the Nature Award for Excellence in Mentoring in Science

Prof. Vidita Vaidya has made important contributions to understanding the neurobiology of mood disorders. Such disorders crucially affect mental health, but the underlying brain mechanisms remain poorly understood. Prof. Vaidya’s work has focused on mechanisms downstream of serotonin, the most important neurotransmitter linked to mood disorders. She has provided evidence for persistent alterations in the brain in animal models of depression, mainly arising from early life stress, caused by an imbalance between different serotonin receptors and their intracellular signals which ultimately leads to long-lasting behavioral changes.

Prof. Vaidya’s laboratory has described adaptive changes in brain structure and function that arise in response to chronic antidepressant treatments, and a novel mechanism of serotonin action through enhancing mitochondria production and cellular energy-regulating pathways. These findings can lead to new therapeutic strategies for a range of psychiatric and other brain disorders.

“On behalf of the jury, I congratulate you on receiving the Infosys Prize 2022 in Life Sciences. Your pathbreaking work on the neurobiology of mood disorders has revealed fundamental mechanisms by which serotonin signaling affects brain states underlying anxiety and depression. Your analysis of how early life stress impacts serotonin function promises to yield novel strategies for reducing the burden of psychiatric disorders and improving mental health.”