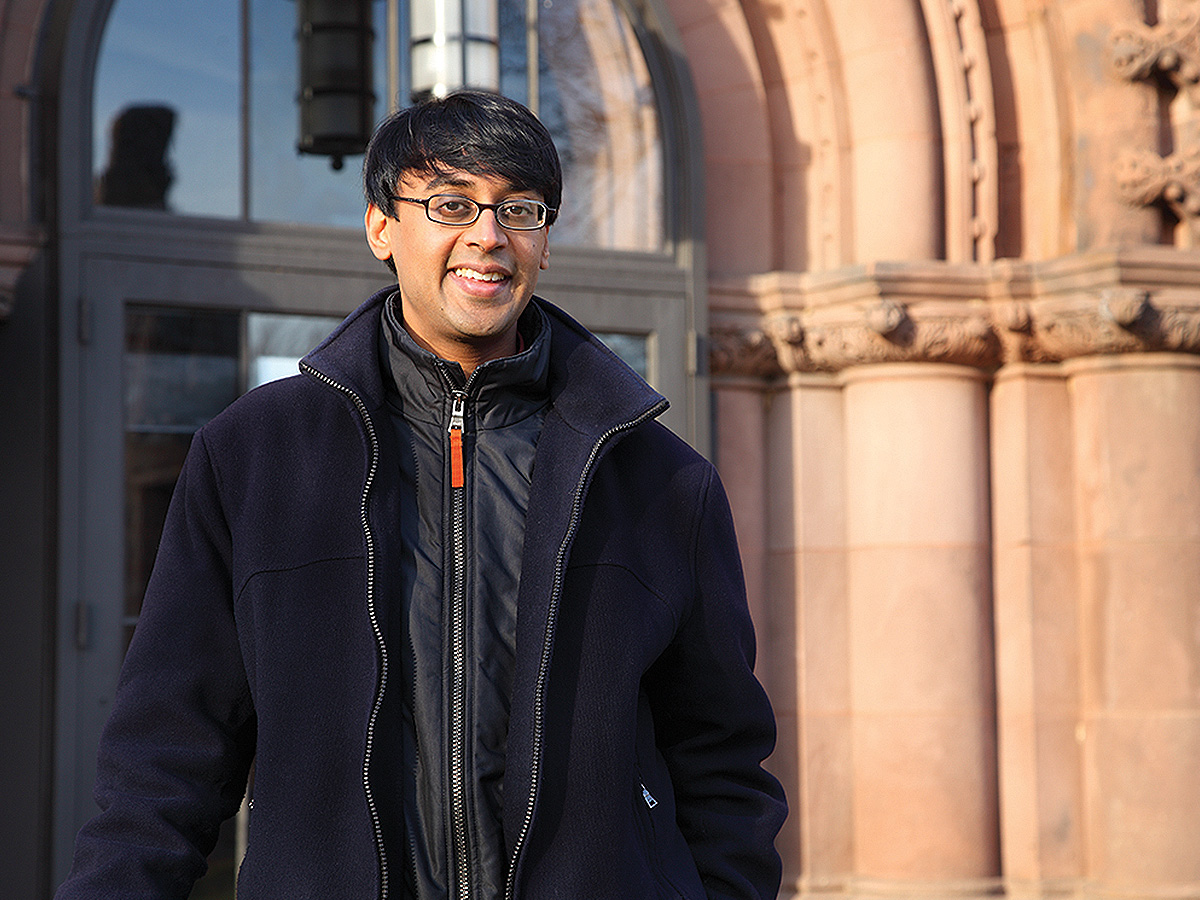 The Infosys Prize for Mathematical Sciences is awarded to Professor Manjul Bhargava for his extraordinarily original work in algebraic number theory. His work has revolutionized the way in which various fundamental arithmetic objects, such as number fields and elliptic curves, are understood.

Prof. Bhargava’s research focused on the counting of number fields of fixed degree by discriminant. Results for cubic fields had been obtained about 40 years ago in the classical work of Davenport and Heilbronn, but no progress was made on higher degree number fields until Prof. Bhargava’s work opened up the subject again. For example, using elementary but ingenious generalizations of Gauss' composition law for binary quadratic forms, which had been missed for 200 years, he was able to count the number of quartic and quintic number fields with absolute discriminant less than x, as x tends to infinity. He showed that about 83% of quartic fields had Galois group the full symmetric group, but that 100% of quintic fields had for its Galois group the full symmetric group.

Recently, he extended his research methods to provide information about the average number of rational points on certain curves. Elliptic curves (cubic equations in two variables) have been a major subject of study by number theorists for over 300 years. The basic measure of the number of rational points is called the rank. Empirically, it is conjectured that “most” elliptic curves have a rank of either 0 or 1, but nothing definite was known until recently. Stunningly, Prof. Bhargava and his student Arul Shankar showed that for a positive proportion of elliptic curves the rank is 0. They also showed that the average rank of all elliptic curves is bounded and in fact is less than 1. In addition, Professors Bhargava and Benedict Gross showed that a positive proportion of hyper-elliptic curves of genus greater than 1 with a rational Weierstrass point have at most 3 rational points.
Read More

Manjul Bhargava is the R. Brandon Fradd Professor of Mathematics at Princeton University, U.S.A. He earned his A.B. in Mathematics from Harvard University in 1996 and Ph.D. from Princeton University in 2001. He joined Princeton University as a Professor of Mathematics in 2003. He was the first five-year Research Fellow of the Clay Mathematics Institute during 2000-05. His primary research interests lie in number theory, representation theory, and algebraic geometry. He is a member of the National Academy of Sciences and has received numerous awards, including three Derek Bok Awards for Excellence in Teaching (1993-95), the Hoopes Prize for Excellence in Scholarly Work and Research from Harvard University (1996), the AMS-MAA-SIAM Morgan Prize for Outstanding Undergraduate Research in Mathematics (1997), the MAA Merten M. Hasse Prize for Exposition (2003), a Packard Foundation Fellowship in Science and Engineering (2004), the Blumenthal Award (2005), the SASTRA Ramanujan Prize (2005), which he shared with Prof. Kannan Soundararajan, the AMS Cole Prize for number theory (2008), and the Prix Fermat (2011). He was also the 2011 Simons Lecturer at MIT. An accomplished tabla player, he studied with Pandit Prem Prakash Sharma and Ustad Zakir Hussain.

Appointed tenured full professor at Princeton University, the youngest in the history of the university

Wins the Blumenthal Award; the SASTRA Ramanujan Prize; and the Clay Research Award

Awarded the Padma Bhushan by the President of India

Elected Fellow of the Royal Society

Prof. Bhargava has made several highly original contributions to algebraic number theory. He has introduced brilliant new ideas which have turned a subject that had been largely stuck for 40 years, into one of the most active areas in number theory today. He has also proved a series of beautiful theorems that greatly enhance our understanding of number fields and algebraic curves, two of the most studied topics in number theory. In particular, he showed how to count quartic and quintic number fields, and proved that the average rank of elliptic curves over the rational numbers is less than 1. 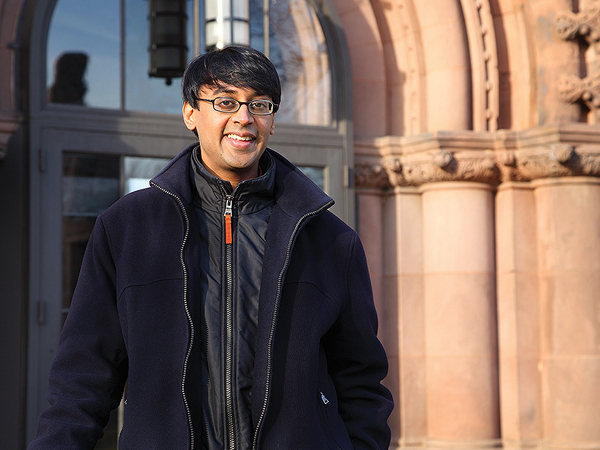 "This is in recognition of his mutual work in number theory, a subject that fascinated mathematicians for ages. Manjul Bhargava has provided new methods for counting various objects that appear in the study of algebraic number theory.”